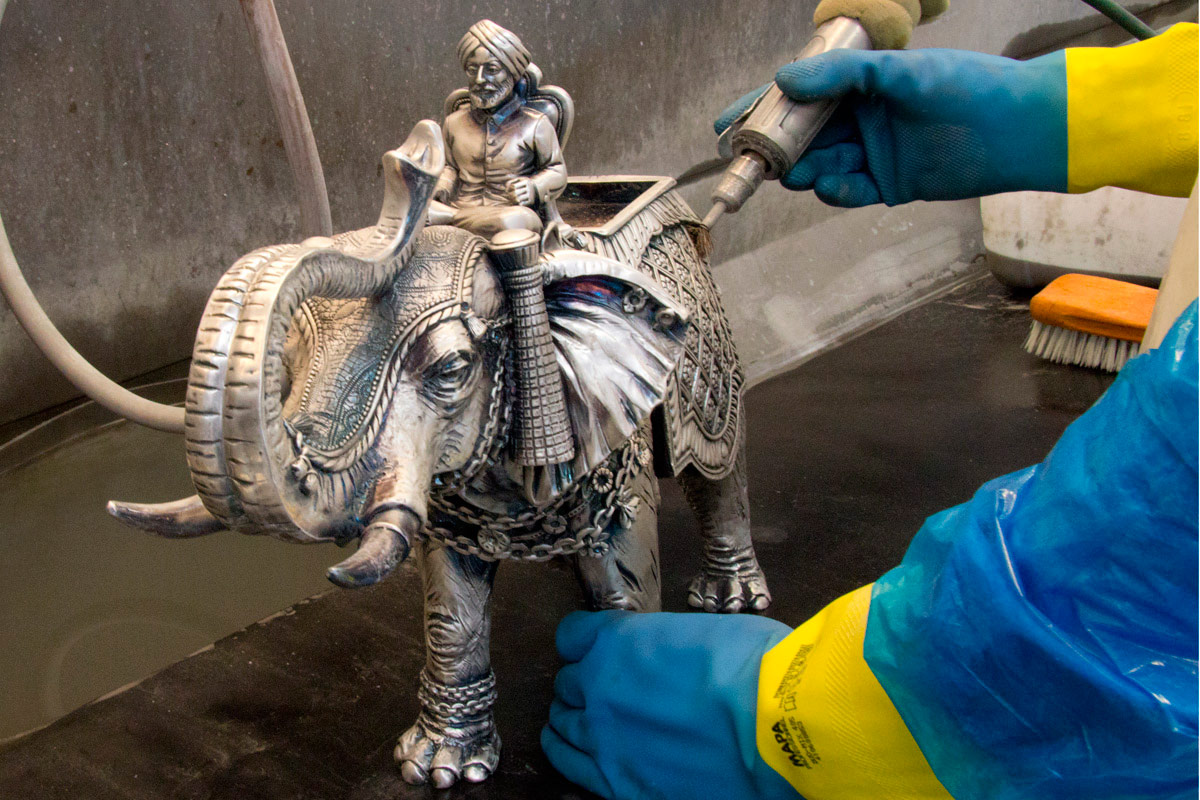 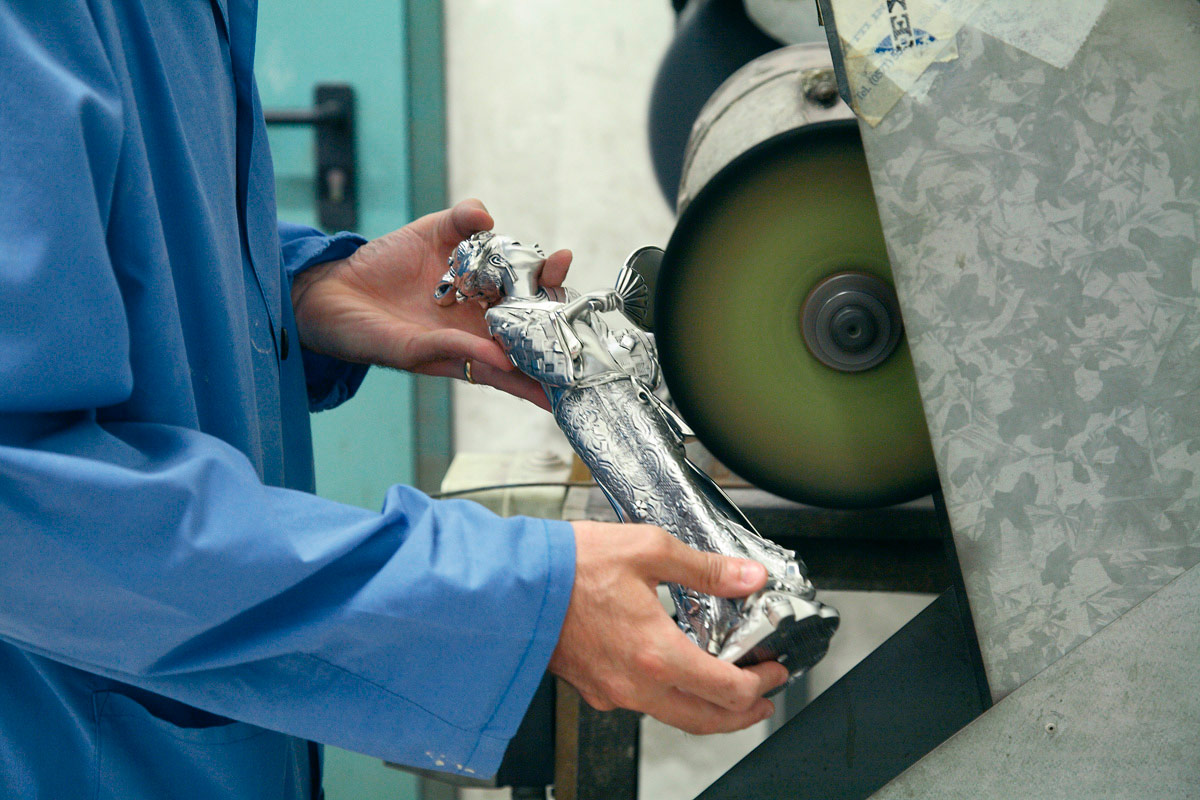 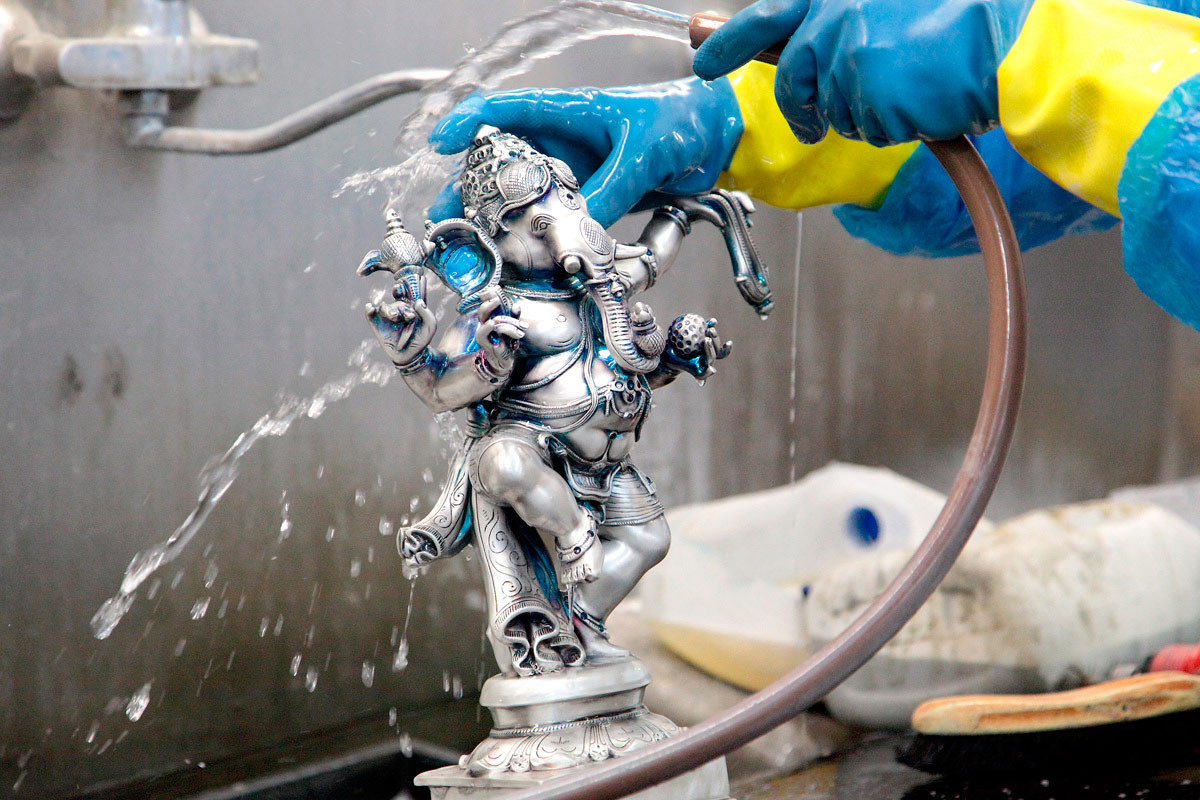 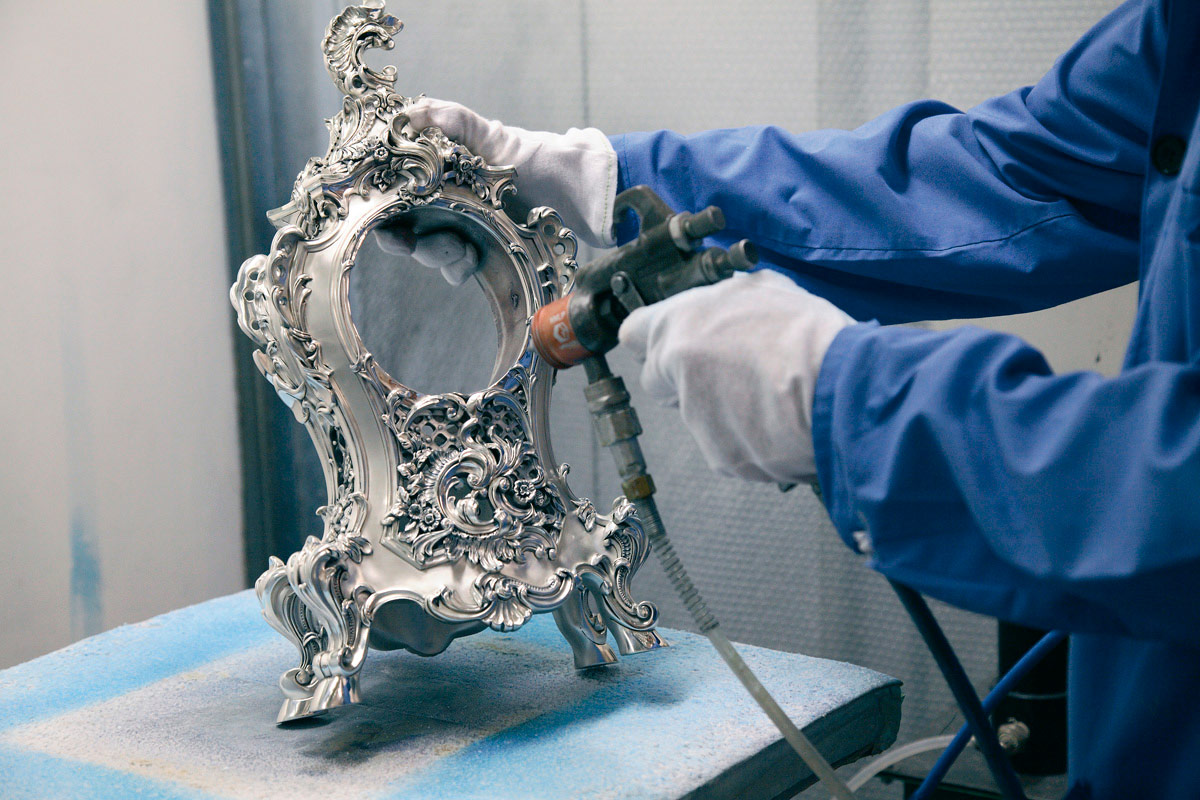 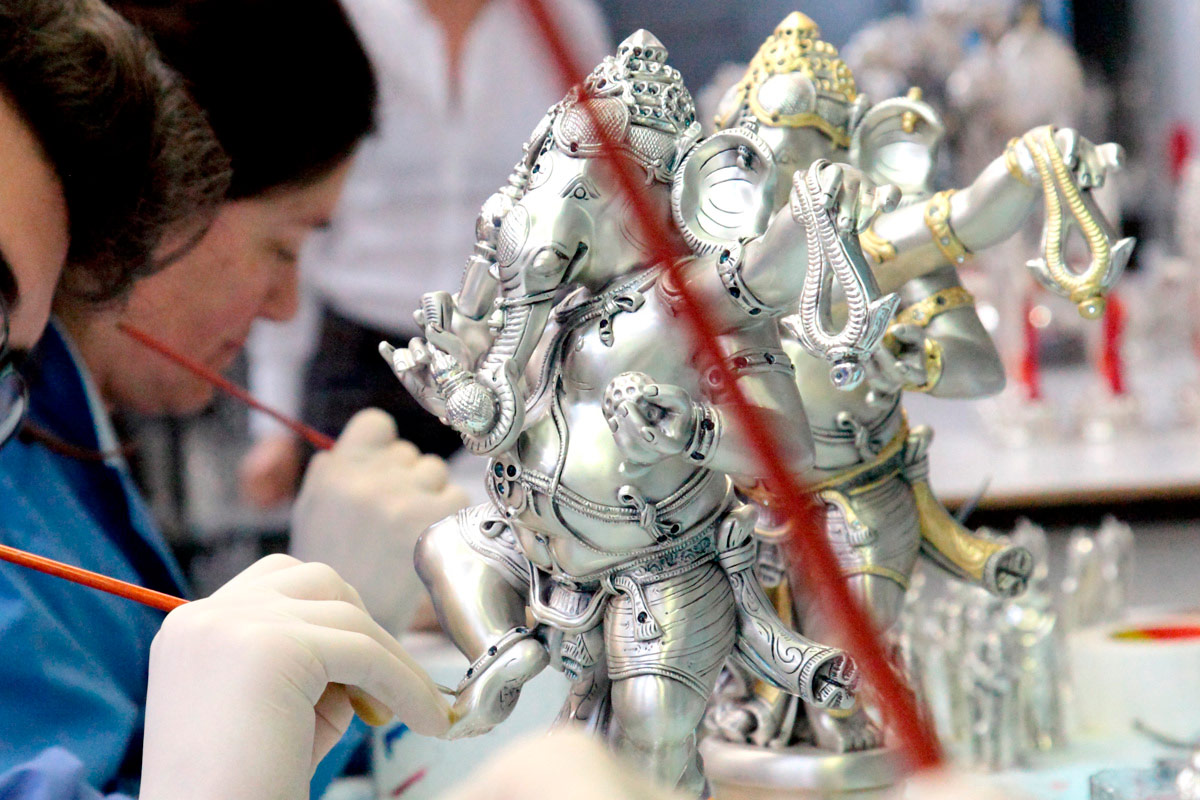 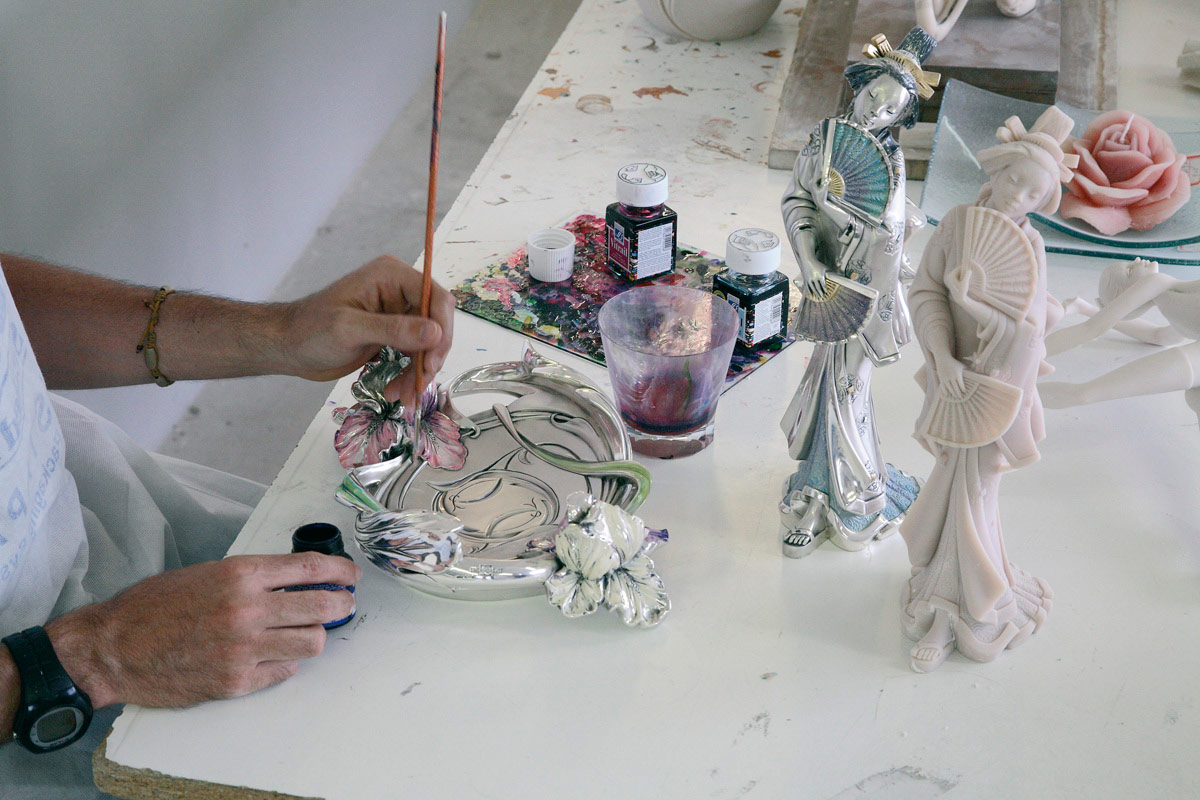 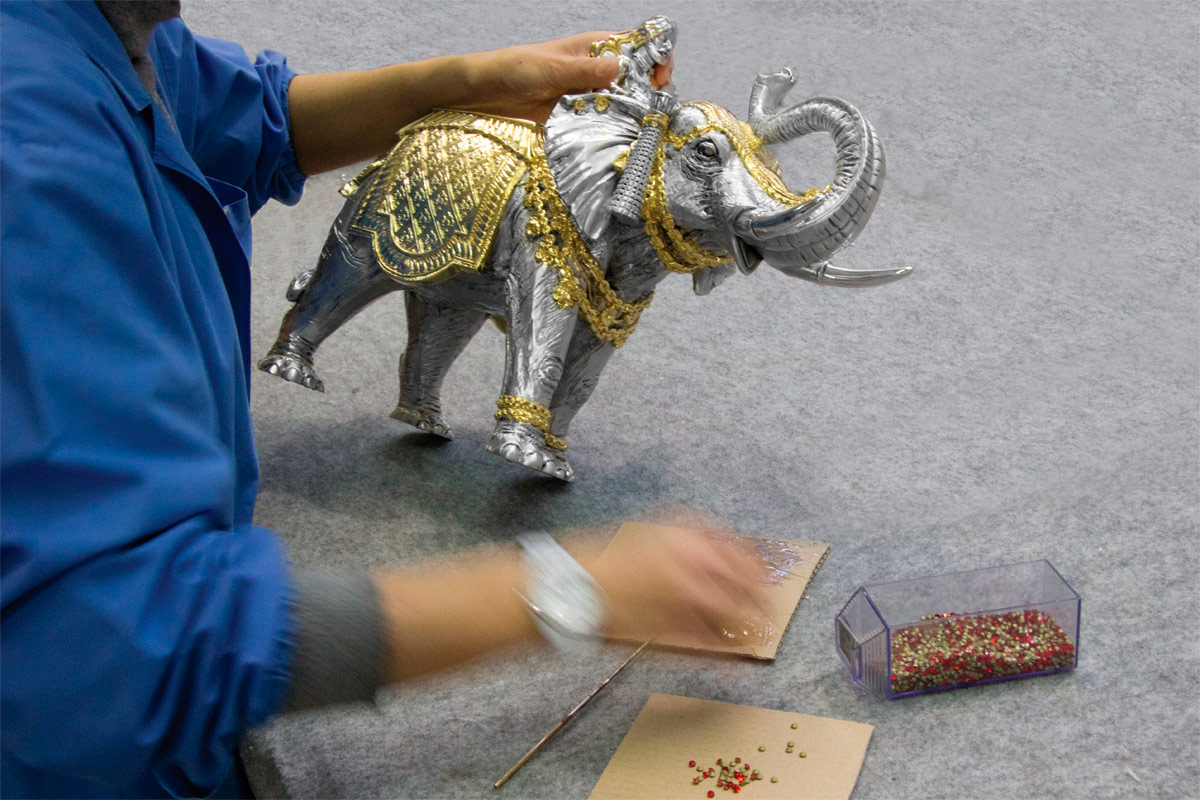 Mr. Alvaro Elisei was born in 1959 in Recanati.

He attended his compulsory education and at the age of 15, naturally talented, he started his job as model-maker in some of the most known gift-item factories. He has became fond of antiques, but his greater passion was creating items and in 1992 he started working at Linea Argenti.

He is a very introvert person and in the silence of his laboratory he puts into practice his lively imagination creating wonderful objects. Simply leafing through antique books his creativity takes him back to the 17th century and it  gives him the chance to get inspiration to draw timeless classic shapes.

Among the countless models he has designed, we remind the OR0701 which has been inspired by a Louis XVI style clock dated back to 1745 created by Jacques Panier à Paris, now shown at the Museum of Decorative Arts in Prague. In the same museum we can find another wooden clock created by Leopold Schmidt in 1790 which gave Alvaro Elisei the idea for shaping our item OR0705. The item ORP701 was inspired by many pendulum-clocks whose shapes tried to imitate the porch of the Renaissance mansions in the late 18th Century.

Ms. Deborah Sorgoni was born in 1970 in Recanati.

She has achieved a high school diploma  at Art Institute in Macerata (Italy) and later she has moved to Florence to attend the  Academy of Fine Arts. She joined Linea Argenti in 1995 and her politeness was the key to interact with Alvaro’s diffidence for establishing finally a profitable partnership with him. The results are clear. The ideas are firstly sketched on paper, then a model of clay is created to make a model of resin. 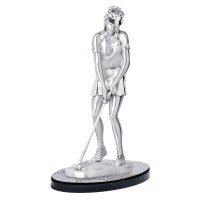 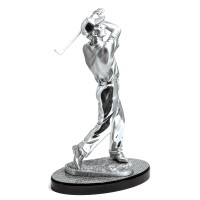 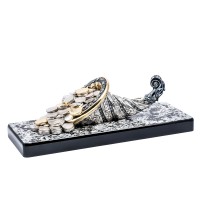 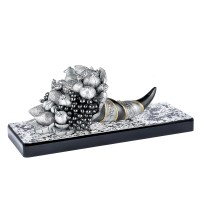 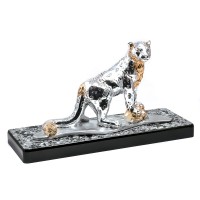 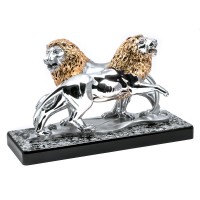 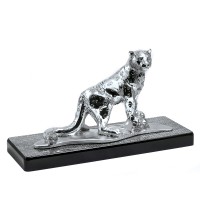 ST0343LB
We use cookies to ensure that we give you the best experience on our website. If you continue to use this site we will assume that you are happy with it.AcceptRead More